12 February 2015: 2016 MAZDA MX-5: The Mazda MX-5 two-seat roadster has a long association with the Chicago Auto Show. It was at the 81st CAS, Feb. 11-19, 1989, that the original Mazda MX-5 Miata made its public debut. Continuing that tradition, Mazda will be displaying the new 2016 MX-5, at the 2015 Chicago show. This is the fourth-generation of the world’s best-selling roadster, with its compact open-top body, a front-midship engine rear-wheel drive configuration, 50:50 front-rear weight distribution, and an affordable price. The 2016 Mazda MX-5 is distinguished by a fresh approach to Mazda’s KODO design language, which combines beautiful proportions with body surfaces that express the contrast between stillness and motion. A snug feeling cabin has been moved a little toward the rear to create the appearance that the occupants are sitting at the body’s midpoint. The heart of the new MX-5 is a new generation Skyactiv 2.0-liter four-cylinder engine, and can be mated to the buyer’s choice of either a six-speed manual or automatic transmission, specially tuned for the MX-5. It is the most compact of any generation MX-5 so far and is more than 220 pounds lighter than the model it replaces, promising a dramatic leap in Jinba-ittai driving fun. Some of the mass savings comes from the further use of aluminum components and the weight of the soft top is reduced. After visiting the Chicago show, stop by a local Mazda dealership and experience the top down enjoyment of feeling the breeze and the smile on your face while driving the fourth generation MX-5 Miata. 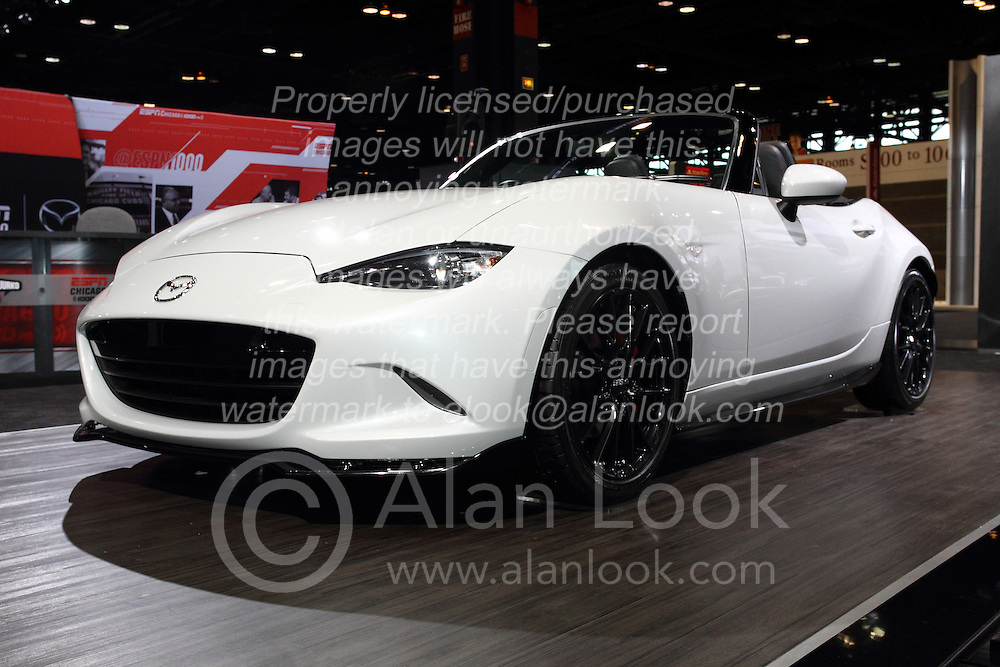