08 October 2013: An old steel canister on stilts sits along the south road in Yellowwood State Forest 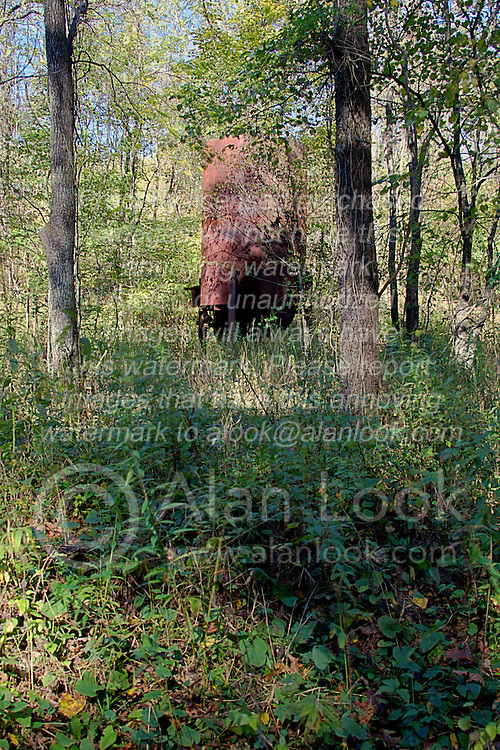