06 February 2005: The eight-wheeled Stryker combat vehicle is the U.S. Army’s Stryker Brigade Combat Team primary combat and combat support platform and the focal point of this ongoing phase of Army Transformation. Significantly lighter and more transportable than existing tanks and armored vehicles, the Stryker fulfills an immediate requirement to provide Combatant Commanders with a strategically deployable (C-17/C-5) and operationally deployable (C-130) brigade capable of rapid movement anywhere on the globe in a combat ready configuration.

First staged in 1901, the Chicago Auto Show is the largest auto show in North America and has been held more times than any other auto exposition on the continent. It has been presented by the Chicago Automobile Trade Association (CATA) since 1935. It is held at McCormick Place, Chicago Illinois 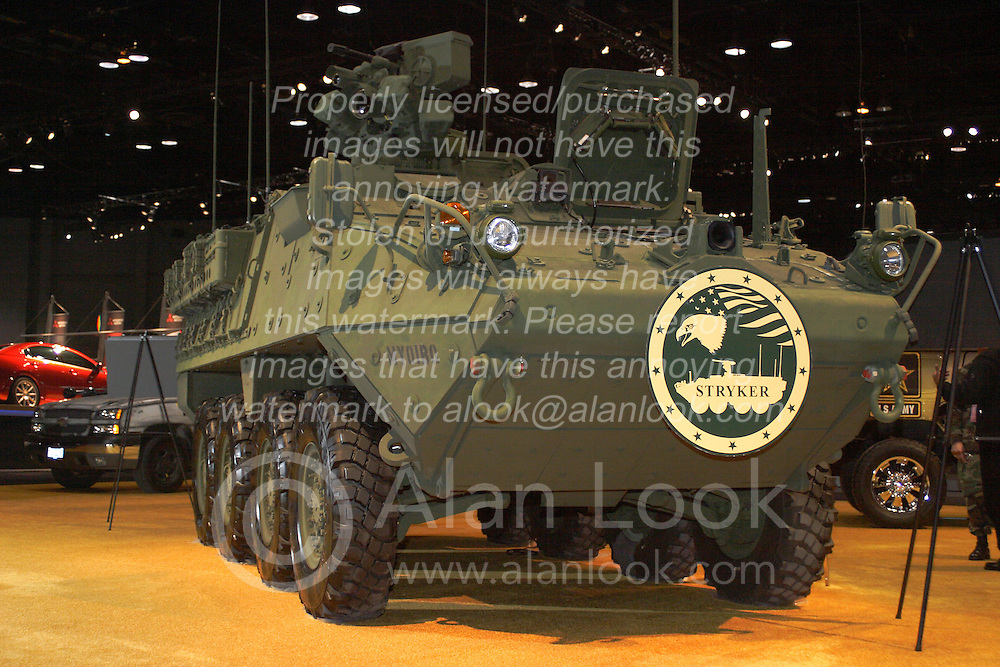