08 October 2013: tree lined gravel and dirt roads are the norm in Yellowwood as well as fording creeks with your vehicle as most have no bridges. 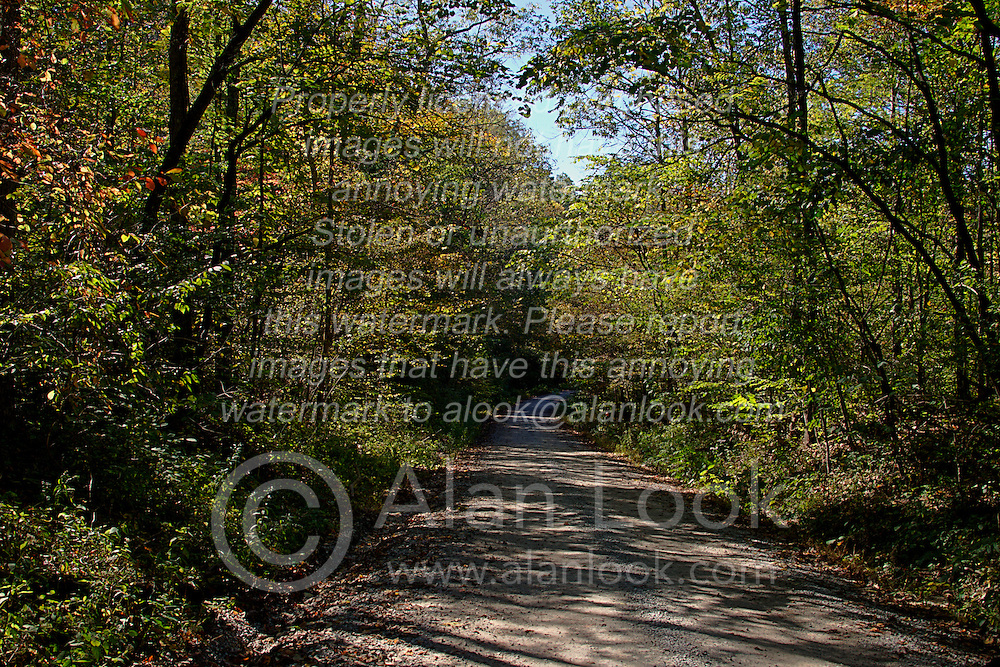