08 October 2013: Yellowwood Lake was lowered in 2011 to repair the concrete spillway at the south end of the lake. Water now flows freely over the steps of the dam to keep the water at level. 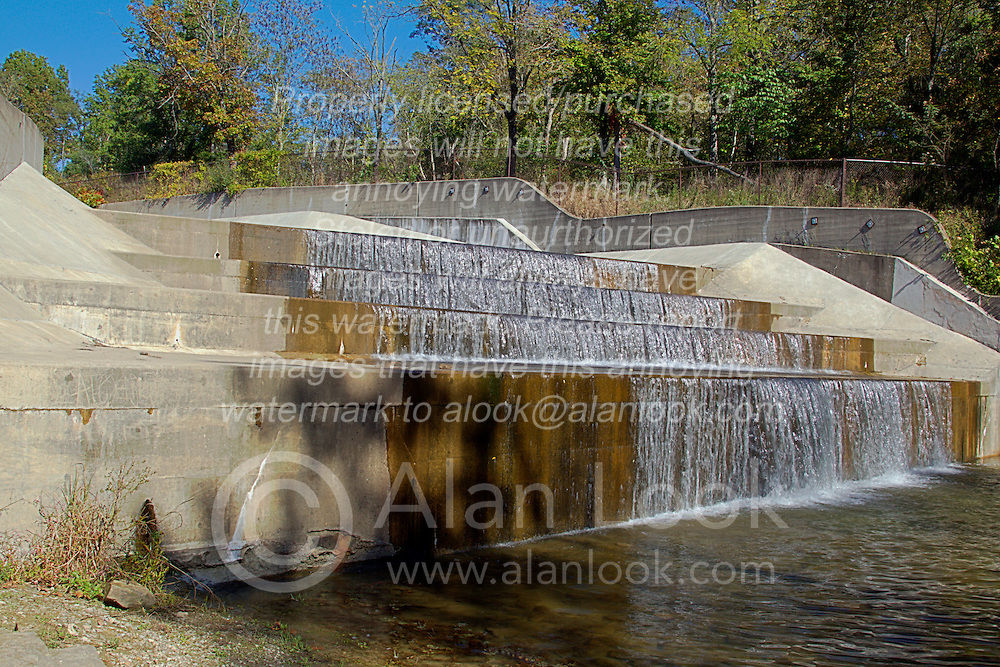