08 February 2012: 2012 MCLAREN MP4-12C: Known for impressive racing cars, McLaren has released their second-ever roadgoing automobile, the magnificent McLaren MP4-12C. Appearing at the 2012 Chicago Auto Show, the mid-engine, two passenger sports car creates 592 horsepower and 443 lb. ft. of torque from the 3.8-liter twin-turbo V8 engine. All that power is directed to the 20-inch rear wheels via a seven-speed automatic transmission. Weight-saving is an obsession at McLaren, starting with the compact downsized engine, which is combined with the new one-piece MonoCell cabon fiber composite chassis. The close position of the driver and passenger allows for a narrower, lighter body while giving improved visibility with a clearer perception of the car’s extremities. Inside the cockpit, the airbags, steering column and a significant number of interior components all mount to a single one-piece pressure die cast magnesium beam that is 75 percent lighter than steel. With its low rate of weight to high horsepower/torque, the McLaren MP4-12C is capable of 0-60 mph in 3.2 seconds, and can reach 205 mph top speed, all for an MSRP of $229,000. Chicago Auto Show, Chicago Automobile Trade Association (CATA), McCormick Place, Chicago Illinois 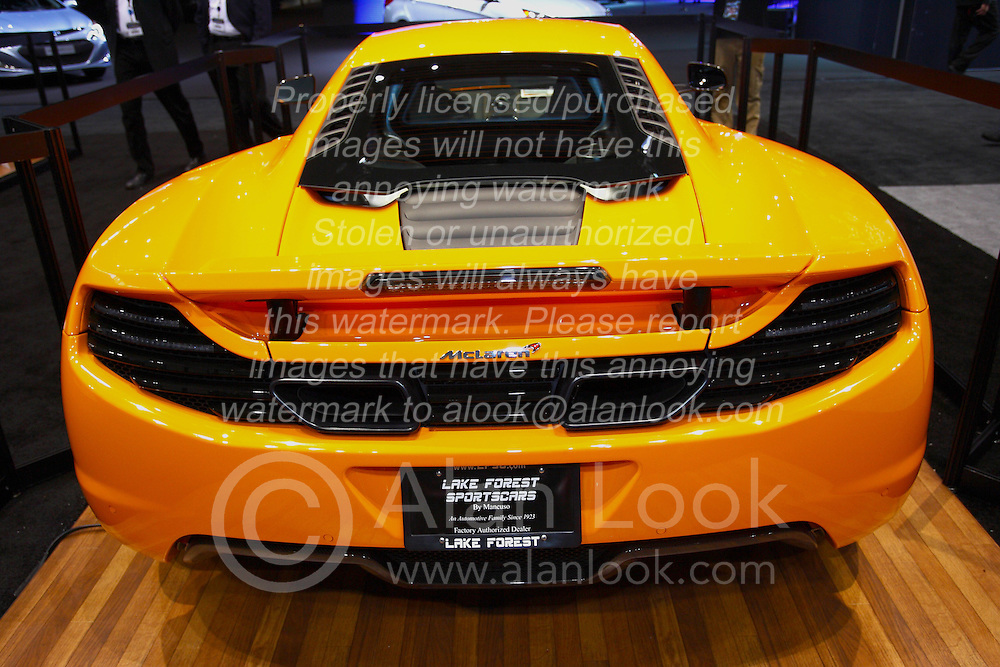