19 September 2009: Illinois State Athletic President Al Bowman makes a short speech and introduces Will Robinson Jr. and his wife as Illinois State University took the day to celebrate 2 of it's own, the late Will Robinson and national hero Doug Collins. Will Robinson became the first black head basketball coach in NCAA Division I history when names ISU basketball coach in 1970. Doug Collins was an Illinois State standout basketball player who represented the United States in the 1972 Olympics, played NBA ball for several years where he later coached and recently recieved the Curt Gowdy Media Award for career in broadcasting. A statue was erected in their honor on the terrace just north of the main entrance to Redbird Arena on ISU's campus in Normal IL 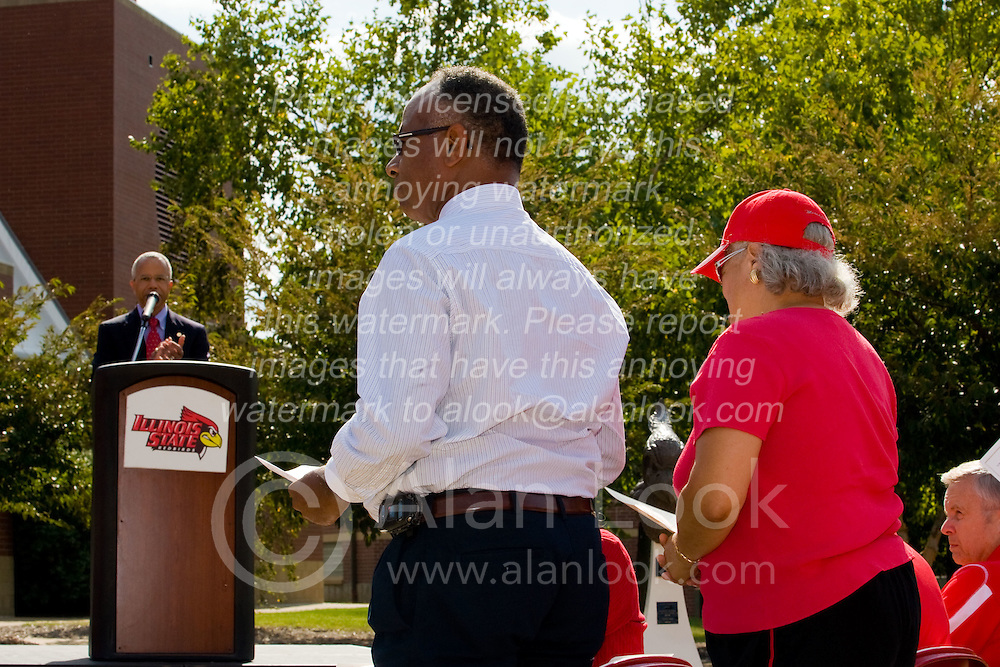