21 February 2015: Dennie Bridges and Richard Wilson shake hands with former players who have created a reception line ringing half the court along the out of bounds lines. At half time of an NCAA D# CCIW men's basketball game between the Illinois Wesleyan Titans in Shirk Center, Bloomington IL the floor was named in honor of retiring Dennie Bridges. Dennie Bridges has been on the job at IWU for 51 years as a basketball coach, then athletic director. Dennie is the 2nd winningest D3 coach by wins behind only Dick Saurs. Dennie took the Titans to the D3 NCAA tournament 14 times in 18 season. He had a league record of 421-129 in 17 seasons. Jack Sikma was a part of Dennie's 1973 recruiting class. Sikma later played for the Milwaukee Bucks and Seattle Supersonics in the NBA. IWU President Richard Wilson presided over the ceremony. 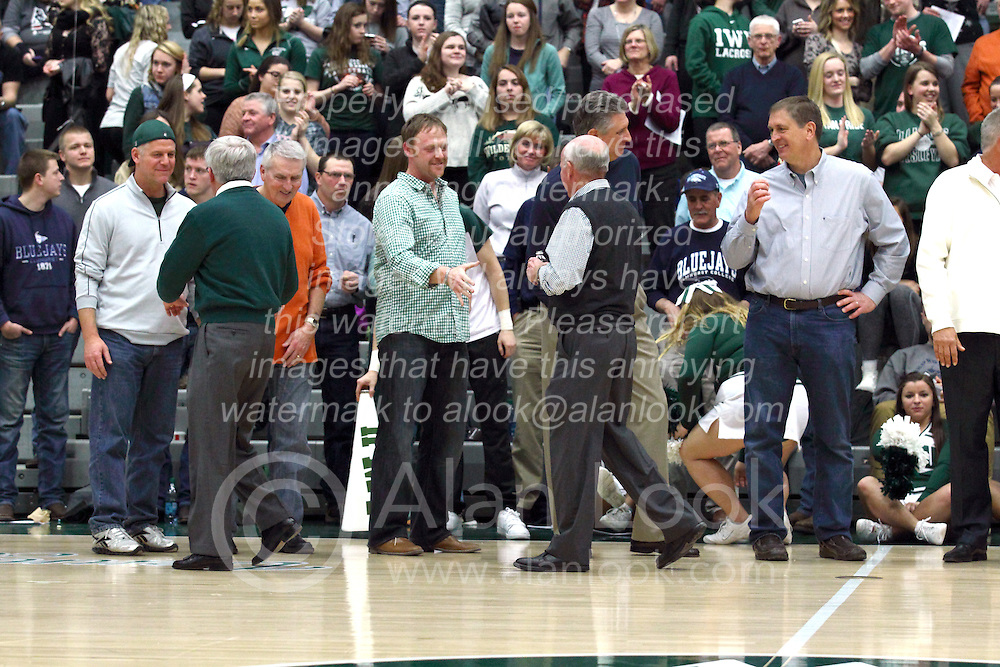